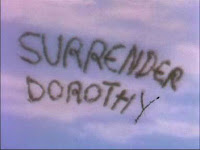 Walgreens () has begun touting its Walgreens Prescription Savings Club, which offers a 3-month supply of over 400 generics for $12.99 (plus an annual membership fee). “That’s just over $4 a month” screams the promotional literature. (It’s $4.33 per month for math geeks.)

Walgreens latest move suggests that the low-priced generic wave is having a bigger effect that many people (including me) expected. It also means that competition in the private sector is now removing generic margin from the channel much faster than an Average Manufacturer Price (AMP)-based FUL ever could have.

When Wal-Mart () launched its $4 generic drug program in September 2006, I wrote the following in Wal-Mart's Generic Pricing Will Trigger Big Changes: “Folks, we are witnessing a triggering event in real-time. I think Wal-Mart’s move will create massive change in the pharmaceutical distribution system because it threatens our current system of cross-subsidization.”

Non-pharmacy chains followed Wal-Mart’s move – Target, Kroger, Safeway, Giant Food, et al. These retailers have been able to absorb lower generic margins because pharmacy represents a minority of their sales and gross profits.Non-pharmacy chains are taking advantage of the high generic margins embedded within in the traditional pharmacy business model, especially for cash-pay customers. If you don’t know what I mean by “cross-subsidization,” click here to read my post from May 2006 in which I predicted this outcome.Here are my three most recent analyses of Wal-Mart’s generic drug strategy: WALGREENS REACTSLike many people, I’ve believed for some time that chains such as Corp () or Walgreens () were not especially vulnerable to Wal-Mart’s () $4 generic program because customers with third-party insurance do not save much versus standard co-pays. Walgreens was so confident in its own business model that it issued this Statement On Wal-Mart’s Promotional Drug Pricing in October 2006:

But on Monday’s earnings call, Walgreen President Gregory Wasson recanted, stating: “Discount retailers and grocery chains are picking up their pace of promotional pricing, especially in the pharmacy, which they’re using to build traffic.” Hence the emphasis on the new savings card, albeit with the requisite positive spin about convenience, service, brand, yada yada yada.

Overall, Walgreens still looks like a very strong company. The convenience factor is surely higher than Wal-Mart for most consumers. But I wonder whether Walgreens is throwing in the towel too soon simply because we are in a generic drug lull. I also note that Walgreens is aggressively (and sensibly) diversifying away from its core retail pharmacy roots.

Unfortunately, it’s very difficult to assess the true impact of $4 generics because Walgreens provides almost no public disclosure about its generic volume and margins. (Pet peeve: Despite representing 70%+ of pharmacy revenues, pharmacy chains mysteriously still consider financial data about the retail prescription business to be “not material.” Yeah, right.)

COMPETITION IS EVEN WORSE THAN AMP

Most pharmacists have been fretting about reduced generic margins for Medicaid scripts if the Average Manufacturer Price (AMP) rule ever gets implemented (and cheering every legislative victory.) But Walgreens' move signals that competition among pharmacies is now removing generic margin dollars from drug channels much faster than AMP. I suspect that Pharmacy Benefit Managers (PBMs) will be worried by Walgreens decision, too.

I have been trying to warn pharmacists for the past year that AMP is NOT the single biggest threat to the survival of independent pharmacies or to generic script margins. The pharmacy shakeout is coming, but don’t put all the blame on .