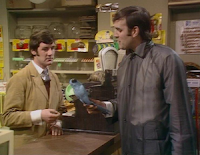 Multiple people have emailed me in the last two weeks with variations on essentially the same question: Is Average Wholesale Price (AWP) no more? Has it ceased to be? Has it expired and gone to meet its maker? Bereft of life, does AWP rest in peace? If it wasn’t nailed down in many contracts, would it be pushing up the daisies? Has AWP rung down the curtain and joined the choir invisible?

In other words, is AWP an ex-benchmark?

Definitely. Maybe. Perhaps not. Here’s a quick update along with links to some helpful resources.

First Databank allegedly increased the spread between Wholesale Acquisition Cost () and Average Wholesale Price (AWP) from 1.20 to 1.25 on certain drugs in 2002. Many people first became aware of the situation through an October 2006 front-page story in the Wall Street Journal (How Quiet Moves by a Publisher Sway Billions in Drug Spending).

U.S. District Judge Patti B. Saris gave preliminary approval to a legal settlement in June 2007. There were two important elements of the settlement with regard to the publication of AWP:

Since AWP is still widely used as a drug reimbursement benchmark for pharmacies, this proposed settlement affected the economics of many providers that were not involved in the lawsuit or settlement. In particular, pharmacy associations objected to the proposed class settlement, including the Pharmaceutical Care Management Association (PCMA), the National Community Pharmacists Association (NCPA), the National Association of Chain Drug Stores (NACDS) and the Food Marketing Institute (FMI).

In January 2008, Judge Saris rejected the original settlement and requested that the parties come back with a new settlement plan. An amended settlement was filed in June 2008 in which First Databank would roll back the AWP-to- markup only for the subset of about 1,400 drugs identified in the original complaint, among other actions.

However, the amended (and still unapproved) settlement does not require First Databank to stop publishing AWP or roll back AWP on all drugs. Nonetheless, FDB has announced that it will unilaterally roll back the AWP for all drugs to 1.20 and discontinue publishing the Blue Book AWP data independent of the litigation. (See the June 2 letter on its website.) So the outcome would be the same (no more published AWP) although the currently proposed settlement does not technically require the demise of AWP.

Meanwhile, and have both filed suit against McKesson (MCK) regarding the company’s alleged role in the 2002 increase in the WAC-to-AWP spread. (See Connecticut sues McKesson on racketeering charges.)

AND NOW FOR SOMETHING COMPLETELY DIFFERENT

Special thanks to John Cleese and Michael Palin for this video overview of AWP’s legal status: