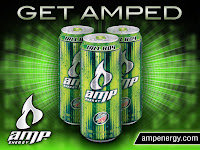 On Friday, Senator Max Baucus (D-MT) proposed a mammoth Medicare/Medicaid bill that further delays the implementation of Medicaid’s Average Manufacturer Price (AMP) provisions. Depending on your perspective, a delay would represent either the salvation of the pharmacy industry or the victory of emotion over economics.

The bill is called Medicare Improvements for Patients and Providers Act of 2008 (S. 3101). Here are some links for your reading pleasure:

The bill primarily focuses on proposed cuts in physician payments, as the AP headline makes clear (Bill would eliminate Medicare cut for doctors). The text of the bill runs to an awe-inspiring 259 pages.

Note that the new bill does not incorporate many elements of Senator Baucus’ previously proposed bill S.1951, which has been slowly gaining support. S.1951 now has 49 Senate co-sponsors, including Barack Obama (since last ) and more recently Hillary Clinton (since March). John McCain is not a co-sponsor.

Of course, this is , so who really knows whether the AMP section will survive the inevitable earmarks and horse trading. But notch up another victory for the pharmacy’s lobbyists, who are definitely earning their pay!
Adam J. Fein, Ph.D. on Monday, June 09, 2008