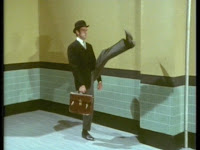 The UK Office of Fair Trading (OFT) just released its report on the new direct-to-pharmacy (DTP) distribution model being used by Pfizer and Alliance Unichem.

Their bottom line: Control of distribution could allow Pfizer to profit at the expense of the UK government, which might end up paying “hundreds of millions of pounds a year.” The headlines have predictably focused on this rather theoretical conclusion. (Example: OFT says new drug deals could cost NHS millions in the Times of London)

The more intriguing story are the reasons *why* the British government (a single payer) dislikes Pfizer’s plan. As I explain below, I think that the OFT report gives us fresh insight into why U.S. payers will care more about U.S. manufacturer channel strategies in a world of cost plus, Average Manufacturer Price (AMP) based pharmacy reimbursement.

I’ve been covering Pfizer’s plan since it was announced 15 months ago and recently gave you some behind-the-scenes insights from the Director of Commercial Operations at Pfizer UK. You can read Pfizer’s description of the program on their UK web page.

Here’s some brief background to help you understand the following OFT report materials:

In the UK, manufacturers give wholesalers a discount of 12.5 percent off list price. Competition between wholesalers means that wholesalers pass 10.5 percent of their discount (84%) to retail pharmacies. Wholesalers get reimbursed for dispensing by the UK government’s National Health Service (NHS) based on list price.

However, the National Health Service (NHS), which is the UK government payer, gets to clawback any “excess profits” that a pharmacy earns from high discounts. This mechanism allows the single government payer to pay below list price because it shares in the financial gains of savvy purchasing by pharmacies.

The Ministry of Silly Reports

The OFT fears that the DTP model will reduce wholesaler competition, thereby shrinking the discount off list offered to pharmacies. The NHS would end up paying “hundreds of millions of pounds a year” because there will be less for the government to clawback from pharmacies. The OFT is also concerned that manufacturers will try to save money by reducing service levels to pharmacies and ultimately patients.

The core reasoning behind OFT’s anti-competitive fears appears in section 5 (pages 73-83) of the full report. It’s somewhat slow going, especially because the arguments are made without specific data or quantification.

Critically, the OFT does not recommend anything stronger than “monitoring the situation.” Translation: These (so far) theoretical concerns do not merit any formal actions.

And Now For Something Completely Different

The UK discounting dynamics will sound familiar to U.S. market participants. Here in the U.S., drug makers give certain discounts or fees only to wholesalers. The large buyers play the wholesalers off against each other and extract most of these discounts and fees. Just look at the recent negotiations between Cardinal Health (CAH) and CVS for an example.

But unlike the UK, U.S. pharmacies get to keep any extra profits gained from squeezing the wholesaler. “AWP minus” reimbursement creates powerful incentives for pharmacies to seek lower drug prices from their wholesale suppliers. Medicare and Medicaid do not financially benefit from higher spreads at the pharmacy level.

In contrast, an “AMP Plus” model would create a very different dynamic for a payer, who would share in the financial benefit from any reduction in Average Manufacturer Price (AMP). Thus, any manufacturer-led distribution changes that reduced competition for manufacturer discounts from direct buyers (wholesalers or pharmacies) would be opposed by payers.

Here in the U.S., payers have shown a willingness to alter drug distribution as a means to reduce costs. (Just look the growth of mail order.) I’m not suggesting that payers will suddenly care about a manufacturer's fee-for-service agreements or the number of authorized distributors. But I am suggesting that AMP will make them care a lot more than they do now.