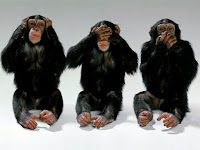 Two down; 26 warehouses to go?

Lakeland is midway between Tampa and Orlando, placing it smack dab in the heart of America’s Diversion Heartland™ in the state with the country’s first pedigree laws. Hmmm...

Cardinal’s press release states that the company is “reviewing its controlled substance procedures.” I guess another review can’t hurt. In its 10-K filed last August, Cardinal claims to have already “adopted policies and procedures designed to prevent the diversion of pharmaceutical products” in response to the Assurance of Discontinuance signed in December 2006 with the New York State Attorney’s office.

So far, Wall Street seems unconcerned because the suspensions will have no material financial impact. But doesn’t anyone else wonder if the DEA now has a dedicated Task Force examining every Cardinal facility?

In the meantime, perhaps Mr. Clark should lead a field trip to the new Good Medicine, Bad Behavior: Drug Diversion in America exhibit at the DEA Museum & Visitors Center in Arlington, Virginia. Looks fun to me.
Adam J. Fein, Ph.D. on Tuesday, December 11, 2007