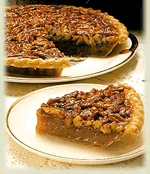 The New York Times editorialized that “something has gone terribly wrong when patients have to pay thousands of dollars a month for drugs that they need to maintain their health — and possibly save their lives.” PCMA used the story to advocate for generic biotech products or biogenerics. Brass and Ivory, a “carnival of MS bloggers,” has a good round-up of reactions to the story from patients and others around the web.

Here’s my Drug Channels spin—I don’t see how patients can appropriately manage their piece of the pie under these new programs without adequate access to pricing information. The story also illustrates how the economics of the pharmacy supply chain can have unintended and unseen influences on benefit design and patient behavior. Below, I take a look at Copaxone , a treatment for multiple sclerosis that was highlighted in the Times story. Even an industry expert like me had trouble gathering the right data.

Here’s the real problem: How should we manage the growing costs of specialty drugs? According to the latest Express Scripts Drug Trend Report:

Conventional (economics) wisdom holds that shielding consumers from the true costs of their health care decisions will lead them to “over-consume” health care. The theory of consumer-directed health plans is built around this notion. In many situations, the theory works. For instance, seniors under Medicare Part D are highly motivated to keep their total drug costs below the lower end of the doughnut hole. As a result, more seniors are trying to get the biggest bang for their buck by accepting generic substitution, as well as shopping around at pharmacies. (See Part D and Generics.)

Presumably, tier 4 plans could both offset payer’s costs while also encouraging lower utilization use of expensive specialty drugs by patients. However, the situations described in this article are much different because:

Thus, tier 4 plans could be totally counterproductive and ultimately more costly if they lead to non-adherence to therapy, excess hospitalization, etc.

Even if we put aside the essential nature of these drugs, there are still two more prosaic challenges that the NYT article ignores completely:

(1) How easily can a consumer manage their co-payment levels?

(2) What price should be used as the basis for the co-pay computation?

Let’s look at Copaxone, which features prominently in the Times’ story of Ms. Robin Steinwand of . Under Ms. Steinwand’s (now discontinued) pharmacy benefit plan, Kaiser Permanente increased her co-pay from a flat $20 per month to 25% of the drug’s cost (up to a maximum of $325). She hit the $325 maximum in the first month.

In theory, co-pays calculated as a percent of a higher cost drugs should motivate a consumer to shop aggressively for the pharmacy that offers the lowest drug cost and therefore the lowest dollar co-pay.

But is that even possible? Here’s what I found for Ms. Steinwand's hypothetical search:

Maryland’s Prescription Drug Price Finder provides little help. It only lists the comparative list prices for 26 commonly used drugs. Other states, such as New York, typically gather data on the top 150 most prescribed drugs. However, Copaxone generates only $300 million in retail pharmacy sales (#112 nationally in 2007 per Verispan data), so the drug is unlikely to appear on any state price finder sites.

I was also unsuccessful in getting prices from the websites of , Walgreens, or Wal-Mart, so my assistant Angela called some pharmacies to gather the following range of “list prices”:

Knowing a bit about the pharmaceutical industry, I managed to turn up the following publicly available information. I doubt the average consumer would be able to locate and interpret these data.

According to the article, the drug was being dispensed from a retail pharmacy at a “cost” of $1,900, which suggests that Kaiser was reimbursing the pharmacy at around AWP minus 10%. Given typical channel mark-ups, I presume that the pharmacy would not have covered its acquisition cost without the $325 co-payment. (No, I am NOT implying that pharmacy kept the difference between ASP and AWP-10%.)

Even though Kaiser has altered the program described in the article, it’s clear that Tier 4 co-payments may be here to stay. However, Tier 4 co-payments seem like a half-baked idea right now. The wide variations in pharmacy prices for Copaxone make me skeptical that a savvy consumer (or payer) can ever truly figure out how to get the “best deal” on a potentially substantial out-of-pocket co-payment.