Amazon Care, the company's virtual primary care offering, has announced a major expansion since the article below was published. However, I've read few overwrought predictions of doom for current telehealth and payer competitors—a welcome and notable difference from the 2017-18 mania about Amazon's imminent (and still unfulfilled) "disruption" of the pharmacy and PBM industries. 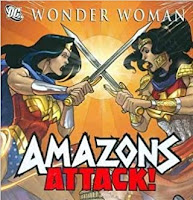 This announcement is much less disruptive than it appears to be. Amazon is copying the GoodRx discount card model—including GoodRx’s partnership with Express Scripts. At the same time, Amazon is launching a mail pharmacy that will accept insurance and be in PBM pharmacy networks.

Amazon’s actions are another negative headwind for retail pharmacies, but not a fatal blow to the system. Perhaps Amazon will one day become a true disrupter. For now, Amazon is choosing to join the drug channel, not fundamentally change it.
PLAYING THE GAME

Amazon Pharmacy operates as a home delivery pharmacy. It is built on the backbone of PillPack, which Amazon acquired for $700 million in 2018.

Just like any other pharmacy, Amazon relies on your pharmacy benefit plan to determine your out-of-pocket expenses. Nothing magical here.

Given its strong brand, many U.S. consumers may be willing to consider using Amazon Pharmacy. However, Amazon still faces significant challenges in the pharmacy industry: For more, see Section 12.5.1. of our Economic Report on U.S. Pharmacies and Pharmacy Benefit Managers.

To understand the warped economics of discount cards, I highly recommend you review my August article: How GoodRx Profits from Our Broken Pharmacy Pricing System.

Amazon is partnering with Cigna’s Express Scripts business via its Inside Rx business. For generic drugs, consumers save money by accessing Express Scripts’ network pharmacy rates, rather than a bogus cash prescription price offered by Amazon Pharmacy. For brand-name drugs, Inside Rx passes an unspecified portion of manufacturer’s rebates directly to uninsured patients. Thus, the prescriptions available via Amazon Prime are not considered cash-pay, because the claims are adjudicated by a PBM.

Amazon can compare your insurance-determined out-of-pocket payment with the Inside Rx price. However, Amazon Prime can’t offer a cash price that would undercut the usual & customary (U&C) cash prices offered via Amazon Pharmacy. And like other discount cards, prescriptions purchased outside your pharmacy benefit do not typically count toward any deductibles.

Notably, Inside Rx is already working with GoodRx, as I explained three years ago: Five Fun Facts About the New Express Scripts-GoodRx Drug Discount Partnership. One important difference compared with 2017: Inside Rx is now a wholly-owned subsidiary of Express Scripts.

GoodRx retains some competitive advantages versus Amazon Prime:
Amazon can catch up by bringing in more PBMs partners and improving the consumer experience.
GoodRx’s insane profitability likely triggered Amazon’s move. Amazon is the only company with enough consumer mindshare to challenge GoodRx. At the same time, Express Scripts gains some leverage against GoodRx, because Amazon is a credible competitor that is surely willing to undercut GoodRx’s fees.

For better or worse, Amazon is playing the game just like every other discount card purveyor and pharmacy.

Retail pharmacies are experiencing a period of intense competition that continues to reduce prescription profits. Amazon’s actions add to these pressures in at least two ways: In reviewing GoodRx in August, I noted:

“If Amazon were a true disrupter, it would focus on selling low-cost generics at cost-plus pricing. If other pharmacies followed, then GoodRx would cease to exist. But we’ve seen that Amazon can’t or won’t commit to changing the pharmacy channel.”

Amazon of course reserves the right to be a disrupter. But today, it has been stymied yet again by the complexity of the U.S. drug channel.